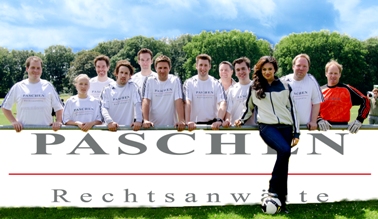 The Cologne intermural soccer team, founded by XING – the social network and sponsored by PASCHEN will host the Street Soccer Kick Off Cup for the first time. Twenty-four teams competed at the Jahnwiesen in front of the Rhein-Energie Stadium under the eyes of ex-soccer pro Matthias Scherz and Cologne´s mayor, Hans-Werner Bartsch.

What’s so special about this three year old Soccer Competition? In every match, there has to be at least one woman playing on each team. As a sponsor, PASCHEN supports the XING Cologne Team in their effort to put women on a level playing field, one goal at time.

Law to mitigate the consequences of the COVID 19 pandemic